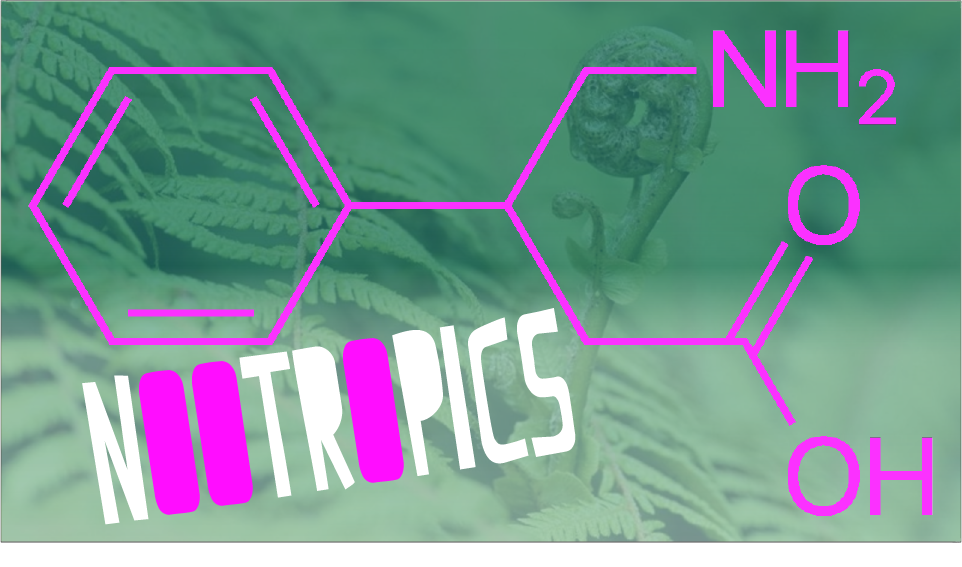 I’m on it right now.
Have you ever heard of nootropics? They sound like some kind of weird fat-losing drug you see infomercials for when you wake up at 2am after accidentally falling asleep in front of the TV.

They’re not, though. Nootropics are “brain-boosting” supplements, essentially drugs, which can help you with memory loss, focus, anxiety, depression, mania, and a whole slew of other things.

Recently, I tried phenibut at the suggestion of my friend Caleb, a personal trainer and wellness specialist at Honest Weight Food Co-Op (my local co-op which I love and speak highly of all the damn time) in Albany, NY.

Caleb is one of the few people I trust when it comes to mind-altering supplements, especially when his girlfriend, Steph, also approves. Steph and I are around the same height, weight, and tolerance, so when Caleb told me that she liked phenibut, I figured it was worth a try.

Phenibut is a commonly prescribed supplement in eastern European countries such as Russia, Ukraine, Latvia, and a few others. It’s used to treat depression, anxiety, and a slew of other mental illnesses. In these countries, you can get a prescription for Phenibut from a doctor. In the United States and other countries, it’s considered a supplement and you do not need a prescription.

Considering mental health is still not taken super seriously in the United States, prescription drugs come with a bunch of side effects, and it’s expensive to see a mental health professional, it may be worth it to experiment with herbs and supplements such as St. John’s Wort, folic acid, and Phenibut.

Caleb told me to take Phenibut when you wake up on an empty stomach and with some kind of caffeine since it can make you sleepy. I took it with yerba maté tea (I can’t drink coffee) and coconut oil for better digestion before my English classes at 5AM last week.

My classes went fine and although my body felt a little fuzzy, it wasn’t super noticeable. After classes, I headed to my second job: freelance filmmaking. I grabbed my camera and headed into the city to shoot some footage for a local restaurant’s social media account. There, I was feeling light and airy. It was farmer’s market day, so it was pretty difficult to find parking and I ended up in a handicapped spot. I was already running late, so I grabbed my equipment and figured I would drop it off before finding a real spot.
I met the chef and “director,” both of whom were super chill and down with me running out again to find parking. Usually finding parking is the worst, but it wasn’t that bad on nootropics! I circled around, not a worry at all about my car or my equipment sitting with foreign hands. We found parking shortly afterwards and walked back to shoot.

Although I was pretty nervous about working with new people, I didn’t have that fluttery heart feeling you can get from anxiety. Any depressed feelings from the day before were gone. Caleb told me my peak would come around 1PM.

Sure enough, as 1PM rolled around, we were running around the city getting random footage and giggling like little kids. Mind you, I was the only one on nootropics. At this point, I started feeling super happy and very fuzzy (like, tingly). The supplement did not make me lose control of my body, like alcohol does, and it did not make me question myself, like weed does. I felt like I was completely myself, but just in an awesome mood.
As the day went on, I did not replenish with any caffeine. Caleb strongly recommended caffeine, but I didn’t listen and ended up close to 0% shortly after I ended up in Brooklyn, to meet up with a friend of mine. It was Cinco De Mayo and they were having a party to celebrate, but I was pretty wiped. Granted, I did wake up at 5AM to teach English, shot a “commercial,” and then drove 3 hours to Brooklyn for a party I was attending.

It was a lot and I ended up getting to bed around 5AM. I was smushed into a bed with 3 other people: 2 of whom I knew from college and the other was a complete stranger. When everyone was up eating breakfast, I was still asleep until noon. It was nuts. However, I was not nearly as annoyed as I could have/would have/should have been on such little sleep. Sure, it was an intense day, but it was fine!

From my two times taking Phenibut so far, I have been in at least one argument for each, with my manic family members. Usually, I am fairly empathetic so even when I recognize that someone is manic, I immediately take it personally and it wrecks my mood when they call me names, yell at me, and try to mess up my day. On Phenibut, I could clearly differentiate between which arguments/attacks were ridiculous/from mania and which had any real merit. This made it easier for me to accept and move on with my day rather than ruminate over depressing feelings.

What’s interesting about Phenibut is that is mimics Gamma-Aminobutyric acid (GABA) which is also known as a gaba-agonist. This means that the supplement will bind to your GABA receptors (found in your brain, control mood and focus, etc.) making you less stressed, less depressed, etc.
Considering I was neurotoxic from fluoroquinolone antibiotics because of a fluorine ion binding to my GABA receptors, making me extraordinarily anxious, depressed, giving me full-body paresthesia (numbness), and panic attacks, I am interested in how Phenibut could help/hurt neurotoxicity.

Considering Phenibut is completely natural and not a toxin, it is not considered to have any negative side effects unless you overdose on it. This means you should only take about 1-4 pills twice a week. The Phenibut has about a 35 hour half-life. You should only take a second dose after 3 days have passed. I’m not sure how GABA detoxification works, but I would be interested to see if maybe Phenibut may be stronger than fluorine, with the ability to flush it out and replace it. Perhaps Phenibut could help floxies with neurotoxicity by binding with remaining GABA receptors while taking selenium for fluorine binding and eliminating. However, it is difficult to detox anything in the brain considering the blood-brain barrier. The risks also may outweigh the benefits. Perhaps taking Phenibut while floxed could make the symptoms worse.

Regardless, I would love to see a study on nootropics and floxies.

In addition, I did not find Phenibut to be at all addictive, but I must note that I do not have an addictive personality. One dose a week has been fine for me so far and I might even do one dose every other week. I definitely want to continue using it. Remember that you can technically become addicted to anything, so please use anything with caution. When I was 11, I was addicted to cheetos, but I blame MSG for that (which I know now that I’m allergic to)…

Would you like to see Caleb and I do more reviews of nootropics? We are doing a collaborative series trying out different kinds of nootropics and explaining how they affect our moods (my mental illness), his workouts, relationships, etc.

Related Content:
An Open Letter to Those Who Can’t Handle Me at My Worst | The Barefoot Aya
Stop it, hippies: Why Phenibut and Kratom are not as safe as you think | Fluid Spark Media (I loveee this article. It brings up a few great points about taking experimental supplements and I highly suggest this read)
Emotional When Taking Phenibut | Rant Pants Blog
Benzo Withdrawal Is Mostly About Avoidance  If you’re addicted to Benzos, more on GABA & receptors
Phenibut and Sleep | Rant Pants Blog 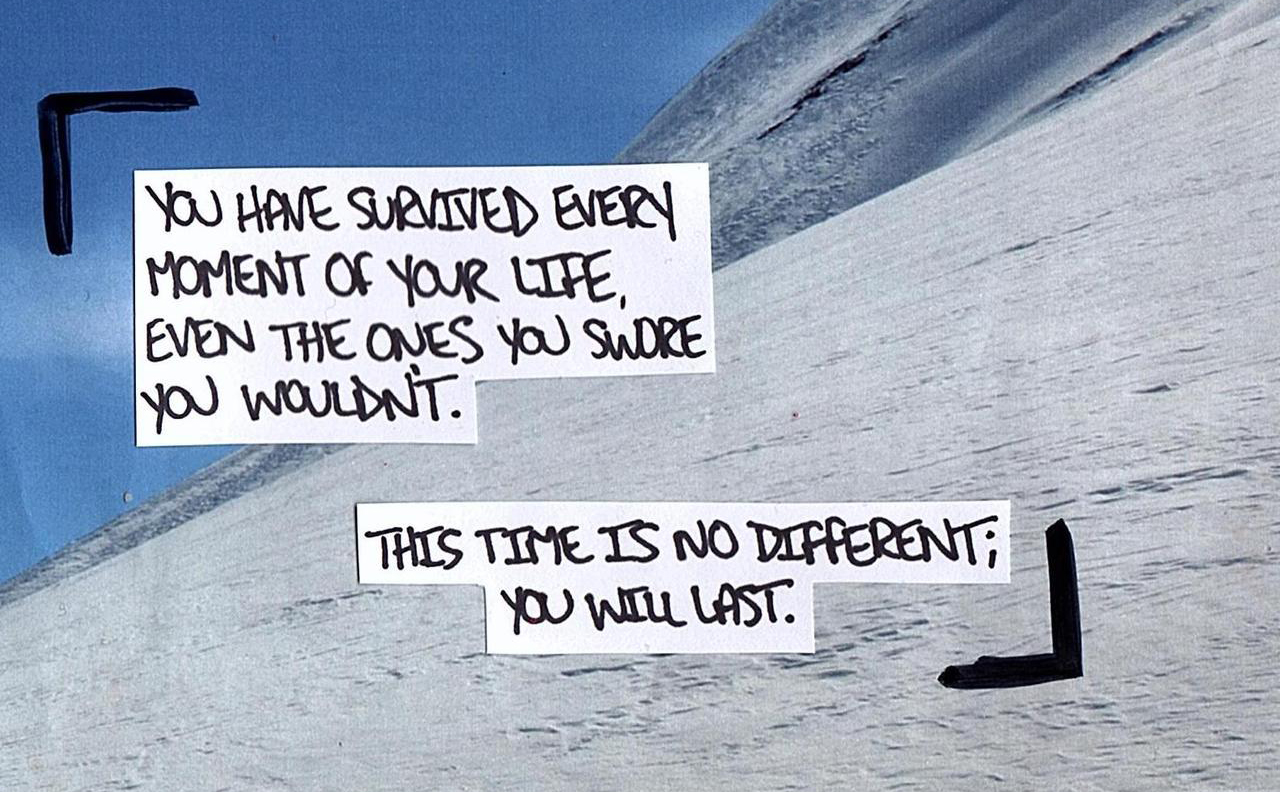 19 thoughts on “My Nootropics Experiment: Phenibut”