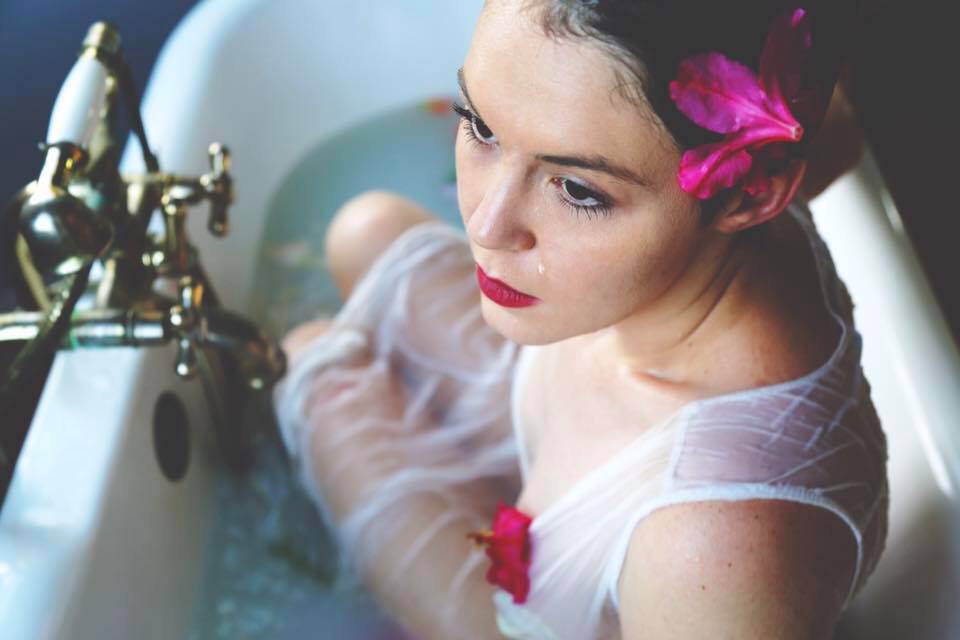 Read my interview with CeCe Collins, who lives with multiple chronic illnesses and makes it her mission to create positive change in the medical community.

Enter CeCe Collins, one of the strongest and most intelligent people I know. CeCe lives with multiple chronic illnesses including Ehlers-Danlos Syndrome, Sjogrens, and Dysautonomia. She does a lot of her own research to manage her illnesses. I met CeCe in a Spanish class in my first semester at Hendrix College and my first impression of her was thinking, “Why is she in this Spanish class? She definitely doesn’t need it,” while the rest of us struggled and I still firmly believe our professor hated me. I DIGRESS.

CeCe helped me through the mental struggles of diagnosing my own mystery illness when I lost the feeling in my arm. I knew she too had arm numbness and knowing she was a chronic illness superhero, I reached out to her only to have her give me all the weapons I needed for navigating through the medical field in my journey. I could write about CeCe forever, but read on to hear what she has to say about what she’s gone through and currently lives with on a day-to-day basis:

(This is a LONG, but VERY GOOD read that I’m breaking up into parts)

Q: CeCe, you have so many illnesses. What chronic illnesses and issues do you live with daily and can you define each of them?
You are right! I do have multiple chronic illnesses.  This makes things confusing.  Most people with one chronic illness or autoimmune disease really have other diagnoses that come along the way.  I like to joke that my screwed up immune system is on a life mission to collect diseases and health problems like one might collect stamps.  It comes with the territory of chronic illness, though.  So you can think of it as I mainly have one genetic condition and one autoimmune disease (actually maybe 2 but we aren’t sure yet) and the other aspect of my confusingly complex health situation is that I have (and will continue to develop) other health complications, usually called comorbidities, that arise due to my chronic illnesses.  My diagnoses are as follows:

After Mayo, I vowed then and there that I would never let something go misdiagnosed again.  I now get copies of EVERY test, every scan/MRI/x ray I request to be burned on a disc and given to me the day of the scan as soon as it is done.

Every lab result the day that I go to the doctor or hospital to get it done.   I have a huge organized binder and folders full of my health info.  I also have my own excel spreadsheet where I enter my lab test results every single time so that I notice trends first.  Our medical system is just overloaded with responsibility because there are a lot of patients and not enough employees with the training to do what the doctors are having to do.  This is my opinion of course, but I just decided that there was never going to be anyone better than me at keeping track of me and my health.
I think I pretty much answered both questions.

Obviously that misdiagnosis left me with some mistrust of the medical community.  That combined with the fact that I was clearly very ill for years before any of my doctors actually gave a shit.

I was passed off as a hypochondriac, high maintenance, high anxiety young woman basically but my conditions are potentially life threatening so they are dumb and in the end, I win. I was right.  The important thing going forward was not allowing this mistrust to cloud all reactions I would have with doctors in the future.  Going forward after all that transpired at Mayo, I began making it very clear to doctors that I had spent far too long being ignored and overlooked.  It was usually brought up that I was a bit of a medical mystery because of the weird combo of health issues I had.  Mayo was mystified at the fact that I had that rare of a tumor in an even rarer place.  Once I had this validation that my health needed to be taken seriously, MOST of my interactions with physicians went much better.  They had no excuse to blow me off anymore.  But, some are still not so friendly and understanding.
Oddly enough, currently what sometimes happens to me is that the doctors in Austin are actually too afraid or too unknowledgeable and uncomfortable about my conditions that they tell me they won’t be able to do much for me.  That is a really sucky experience. I may be a time consuming and complicated patient because of my  complex conditions, but I should be able to readily find doctors that are staying up to date with medical advancements and discoveries so that they know something about my conditions.  I shouldn’t have to go to the ER and MAKE them review my chart to really understand what is going on because they don’t understand what “dysautonomia” is or have only heard of EDS back in med school when they used to only use the Marfan’s type of EDS as a teaching tool.

My symptoms and conditions are unfamiliar to a lot of the medical community, but most of them are actually not rare.  Dysautonomia is estimated to affect 70 million people internationally and Sjogren’s affects around 4 million Americans. Doctors need to step it up, but as a patient, I can help them learn. Med schools need to utilize patient led stories that come from medically complex cases and obviously a competent patient.  I think this would improve that gap between doctor and patient.

The other thing it INSPIRES me to do is EDUCATE.  There are plenty of patients in similar situations to me but they don’t have the resources and support necessary to travel to see specialists.  So, that is why I am trying to educate on a local level here and draw in doctors that can help us develop an integrated clinic where all specialists communicate for chronic illness patients with untraditional and complex or orphan conditions.  I also want to even try to do a piece for med students as a part of their training from the patient perspective.

A common thing taught in med school is the phrase, “when you hear hoofbeats, think horses not zebras”.

This is implying that as doctors, they should never jump to something crazy but start with the most logical and common thing that it could possibly be.  This makes a lot of sense. But, if the doctor reaches the end of looking for a horse, and still can’t find a horse, they tend to give up or pass you along and saying “sorry there is nothing wrong with you, all of your tests for everything common that you could have are coming back negative, you must be fine, it must be all in your head!”

Instead, it is at this point where they should think: “okay, I still hear hoofbeats and there is no horse to be found.  The patient isn’t getting better, the condition isn’t self limited…so, maybe it is time we start looking for zebras.”  Not enough doctors do this.

I was a zebra.  Aw hell, no I am and was a freaking unicorn.  I tick all the boxes for being like a zebra unicorn.

I will never forget that one of the first doctors I saw literally told me: “You know what they teach us in med school? When you hear hoofbeats, think horses not zebras!” It took so much willpower for me not to write the twat a letter and be like “DUDE I WAS A ZEBRA SO YOU WERE WRONG!!” Instead, I have just learned to trust myself and listen to how I feel about my body. 9 times out of 10, I am spot on with what is going on.  I want to encourage chronic illness patients to not be shy about documenting their symptoms, researching, being your own advocate, asking your doctor to be transparent instead of sugar-coating explanations.  Some patients want very little involvement in their medical care or they just feel like they don’t have the desire to learn and understand a bunch of medical stuff so they just leave it to their doctors.

That is totally fine, but either way, all patients should try to be their own advocates and cultivate a good system where you trust yourself and how you are feeling so that you know when to stand up for yourself if you feel like something’s not right.

Ultimately, it is up to you as the patient to communicate how you feel with your healthcare providers.  They can’t read your mind or feel what you feel, so you have to understand your own health to some extent to be able to recognize the signs when your health is changing.
Read Part 2 here.

CeCe Collins is a full-time chronic illness fighter living in Austin, TX. She shares raw photos of her day-to-day life on social media in order to help, inspire, and advocate for others. You can follow her on instagram @cece_getyoursicktogether or read her upcoming blog & vlog, Get Your Sick Together. You can follow her service dog Ruca on instagram at @right_hand_ruca. 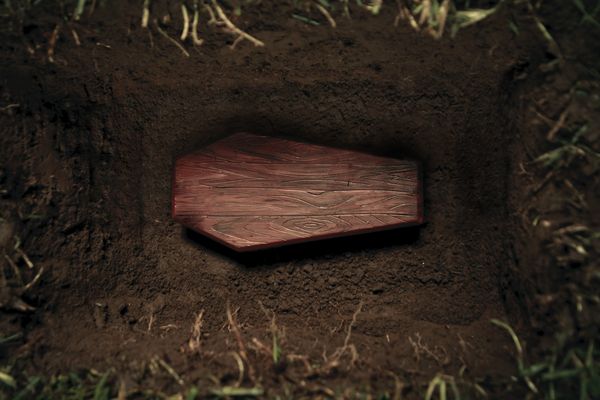 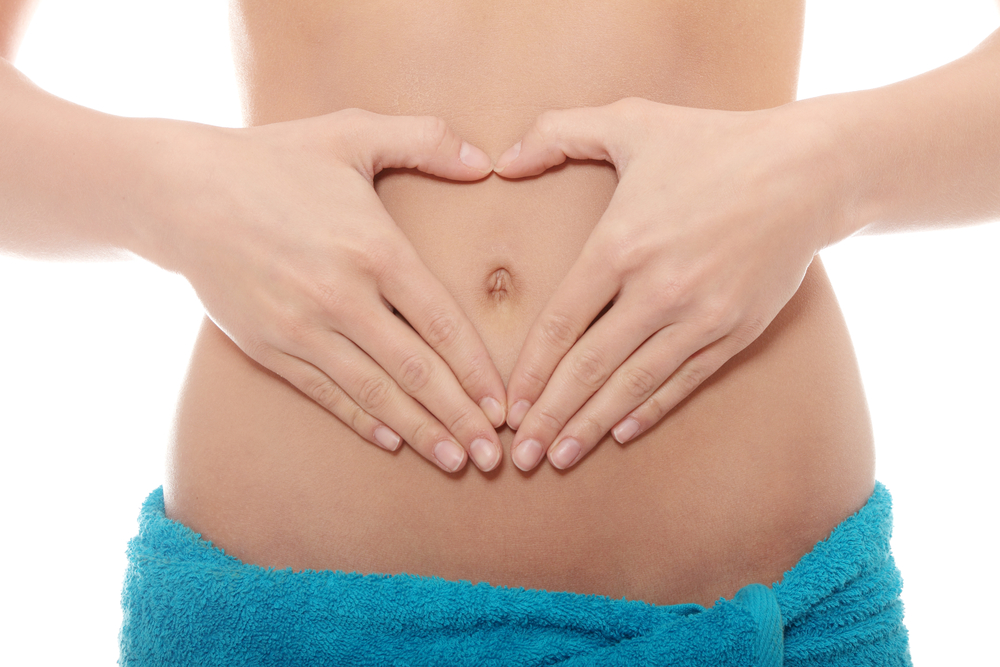 Herbal Abortion and What to Avoid if You're Trying to Conceive 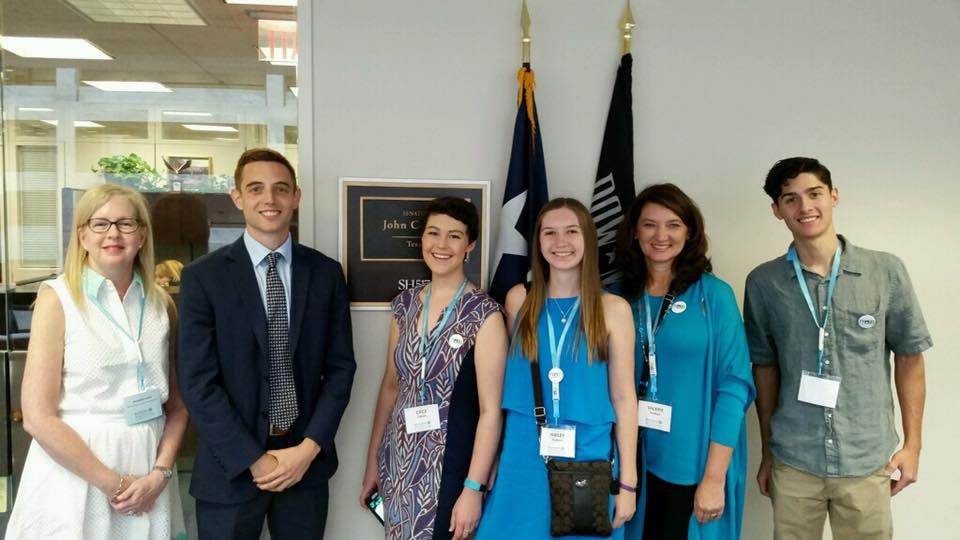