It seems like everyone has an obsession with politics these days, but how can you not? The political climate impacts our daily lives in all aspects, not just taxes and school. it impacts how safe we are in our country, traveling, what types of foods we can/are allowed to eat, how we purchase property, how we find places to live. It’s everywhere and lately it has sucked sooo hard.

For the past year and a half, I haven’t been very active when it comes to political stuff. I do stay informed, but I don’t actively seek the latest political scandal. I don’t read multiple sources like I used to, and I’m not bombarded with political conversation like I once was in college or working on film sets. Now, since my work usually involves communicating with people in different countries, politics usually takes a back seat, which is great since that’s not what it was like two Januaries ago (spell check says ‘Januaries’ is a word. I’m going with it).

Back in Jan 2017, I was working as a video journalist. Really, my position was called a “Content Producer,” but it’s more accurately dubbed as “video journalist,” since a lot of you guys probably don’t know what a lot of these things mean. So as a freelancer, I took articles from different media outlets and wrote scripts out of them. After voiceover, I edited the v/o with video clips and eventually these videos would make it into the interwebs so you could see it 80 million times in your social media feed.

I didn’t mind the job at first. I hated that they timed how long it took us to make the videos and that we were essentially plagiarizing someone else’s writing. I tried to write my own video scripts from scratch as much as possible, but my supervisors were not happy with it because “I could be faster.” Whatever.

We had a choice of what videos we wanted to make based on a list of articles that had come out that day. The job made me very well-informed, possibly more so than my college days. I usually stuck to the science and tech articles as well as a few articles reviewing TV shows that I enjoyed. The majority of topics, however, involved Cosmopolitan Magazine-like articles about makeup, gossipy articles about celebrities (mostly the Kardashians), and whatever was going on politically/in the news (dead child found in the river… lots of dead children articles).

I didn’t mind covering the water protesters, although it was difficult to stay away from biased writing (especially since most of the articles were super biased themselves), but covering the Presidential election was horrifying. I really hate making anything on my blog political because that’s not what it’s about, but the day after the election was the worst day ever.

The articles about dead children were so bad I had panic attacks in the shower. This was so difficult to write about, especially since I was timed to write video scripts for like, 5 or so hours at a time. The election made me nearly vomit. I would dissociate and stare at the wall for hours. I hadn’t really cried. I was mostly in shock. It felt like a deep, dark pit of impending doom, like someone had poured concrete into my chest cavity and I could no longer move. It was bad.

My supervisors were awesome and the job was so easy (it was entirely remote and paid fairly well), but I could not continue. My mood app told me that my worst days were when I had to work that job. I became very suicidal. I couldn’t avoid the news because it was my entire job. I could only hide amongst the makeup articles and Kardashian gossip articles for so long. They rapidly disappeared to be replaced by news about our new President. In addition, my company had taken on very biased ultra-right and ultra-left media outlets as clients. How am I supposed to write a non-biased video script based off of an opinion piece?

I quit and took a very long break from politics.

People have harassed me about it. I used to talk about politics all the time on social media, in my writing, in class, with strangers, begging them to fight me on whatever topic I was most passionate about (which is still dismantling the prison industrial complex, btw). My online life was so negative and vapid that it didn’t make sense for me to be on there other than to fuel this strange addiction I had with arguing about politics.

It made me want to die. It made me stressed. I would be anxious over one comment on facebook all day. I would literally cry over something someone said to me in an off-hand facebook comment on someone else’s post. I brought politics onto Twitter, at the dinner table, with my friend’s relatives, even. It’s all I talked or cared about, and yeah, it’s important, but holy shit, Past Michelle! Chill out!

My roommates and close friends used to see me all stressed out and immediately guess: “You were arguing with someone on facebook again, weren’t you?” I would look up at them like a rabid coyote, eager to feed, eyes lit up like mania, waiting for them to egg me on. I was ready to fight… until I saw them as the concerned friends that they were and breathed a sigh of relief.

“Didn’t I tell you to stop doing that?”

So one day I finally did. That day I left that job was the day I stopped posting political articles. I never stopped going to protests or writing to senators or calling whoever, but I stopped hurting myself. I stopped stressing myself out over someone else’s comment about whatever it was we were discussing. Discussing is probably the wrong word. It’s more like clawing each other’s eyes out with immature language and word choice.

It was everywhere. It was dumb. I’m still hiding under a rock from it all. I still scroll past people on my news feed, angrily screaming into the void about whatever horrible, shitty thing is going on right now. I can name one of those. In fact, I could probably name at least 10 shitty political things happening in my country (the USA) alone, but I won’t. It’s a trigger. It’s horrifying.

Unless there’s a number to call or a march I can attend, I refuse to discuss it online.

I discuss political things in person sometimes or over the phone with people who I’m very close with, with people who don’t threaten me, or with people who wear outdated shirts with the person I voted for on it. “I like your shirt,” I’ll say before I run to the bathroom and hide. “Please don’t say anything more to me.” Even if I do get into a heated political discussion, I usually have mini heart palpitations and I can’t talk to anyone for, like, two days afterwards.

Yeah, politics scare me. Everything that’s going on scares me. I read about it. I listen to things, but I can’t share anything because I don’t want people to comment. I don’t want to extend the conversation and discuss “what if.” I know that there is little to nothing I can personally do and if there is something, I will surely take action where I can.

People make me feel guilty because I’m not the political maven I once was in college. They tell me that I have a blog that people read and that I should use that blog to write about politics, but this is my blog and I will write whatever I damn please, thank you.

It’s harmful for me to delve into politics. It hurts my soul. I know that some people don’t have the ability to ignore political stuff. Mind you, that is not what I’m doing. I just choose not to talk about it. I want to help as many people as I can. I volunteer and I do things, but I think sometimes we have to pick our battles. The only way for us to make a positive change in the world is to choose something we can do to make the world a better place and do that thing. We can’t spread ourselves thin by attempting to fight everything and everyone.

I don’t believe I’m strong enough to handle political battles any longer, which is why I’ve chosen to speak out instead on mental health destigmatization and big pharmaceutical drug toxicity. I write about the prison industrial complex sparingly, but I do dabble in that. Focusing on politics has turned my brain to mush. It has placed me in very poor mental states in which I’m angry, sad, anxious, depressed, or whatever. It has given me panic attacks and made me want to kill myself.

I know it’s not responsible and I know that actively speaking out about political things like I used to may hold more merit now that I have a fairly successful blog, but to anyone who harasses me to post anything political, with all due respect, fuck you.

Related Content:
Is MAJOR Depression Privileged Over MANIC Depression? | The Barefoot Aya
An Open Letter to Those Who Can’t Handle Me At My Worst | The Barefoot Aya
Politics | It’s Good to Be Crazy Sometimes
If You’ve Got a Racist Friend, When Is It Time for That Friendship to End? | Lavender and Levity
Why Thoughts and Prayers Don’t Make Me Better | Author Amanda Wilson 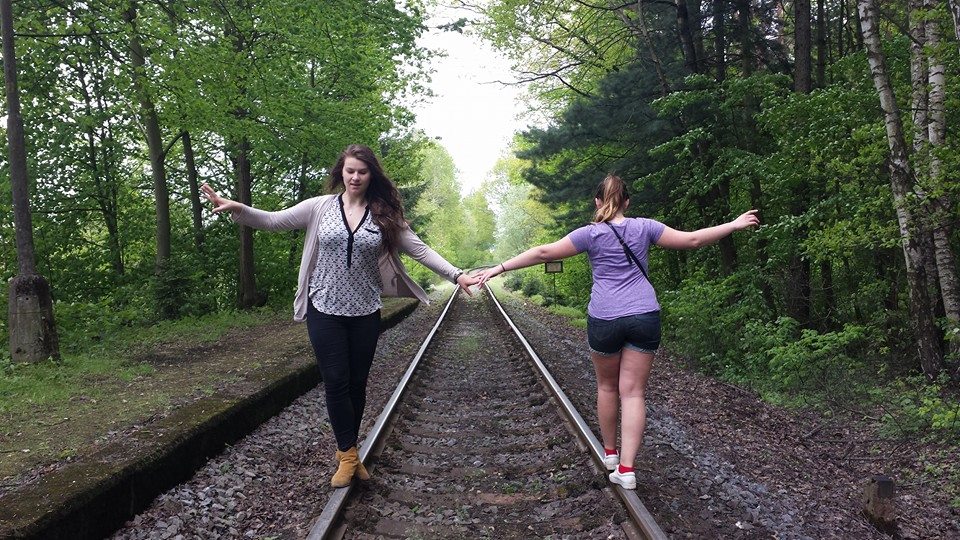 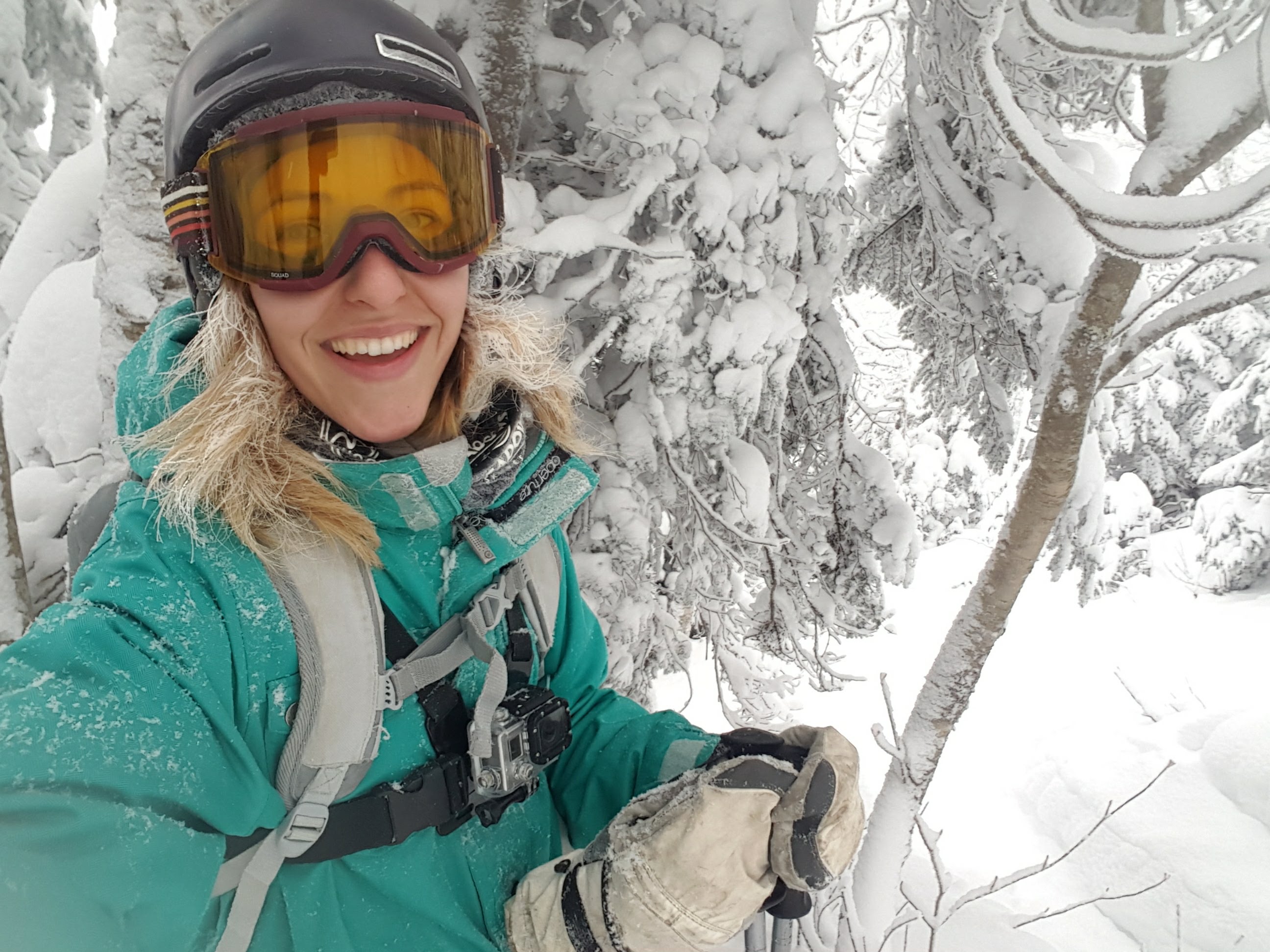