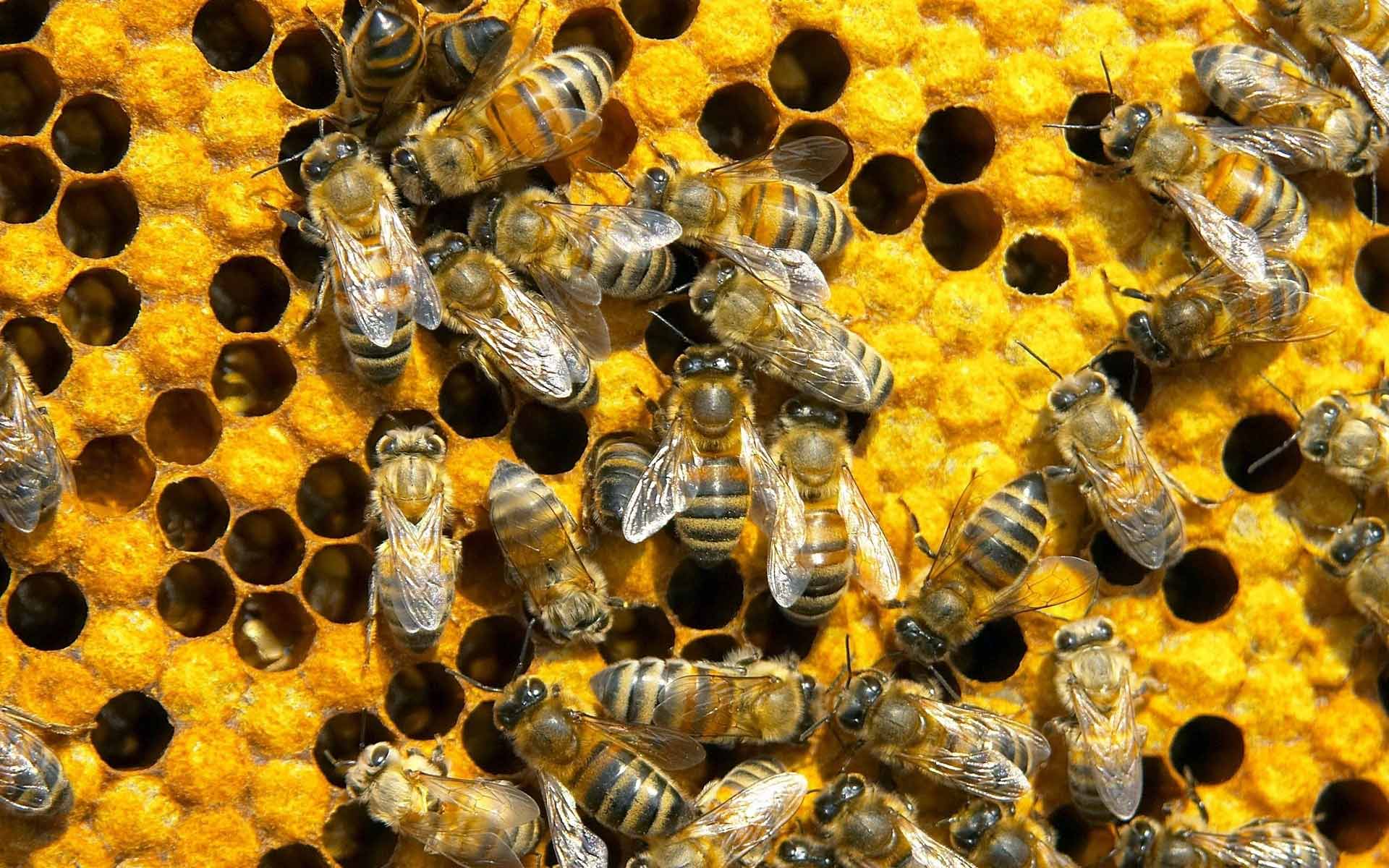 No, by “bee problem” I don’t mean someone found a beehive in their backyard so they hired an exterminator. It’s actually the opposite. Bees are endangered and we lose more and more every day.

Bees are the main reason we have fruits and vegetables.  They catch the pollen on their cute bee fur and hop from plant to plant drinking nectar.  This helps cross-pollinate the plants and trees to create delicious food.
“Why should I care? Bees are mean. They sting people.”
Bees don’t sting anyone unless they feel that they are a threat.  Just like what humans should do, bees don’t attack unless someone tries to harm them or accidentally steps on them. Are you seriously going to blame the bee for stinging you if you stepped on it?
Wasps, Hornets, and Yellow Jackets: Giving Bees a Bad Rep
Hornets, wasps, and yellow jackets, however, will sting you if you just come close to them and it hurts MUCH worse than a bee sting.  I won’t blame you for killing one of those guys, especially since they don’t pollinate our food.  These evil guys look like some kind of weird robot-alien creature up close and they are not fuzzy or are barely fuzzy at all.

I know they look deceiving, but these are Yellow Jackets.  Their nest is not made out of wax.  See?

This is a wasp.  It’s also very scary-looking.  They’re not as bad because according to my experience, they won’t chase you.  Who knows, though.  They’re badass. This is probably the scariest looking one.  This is a hornet.  This specific hornet is a Bald Faced Hornet, or as my dad calls it, a “White Ass.” 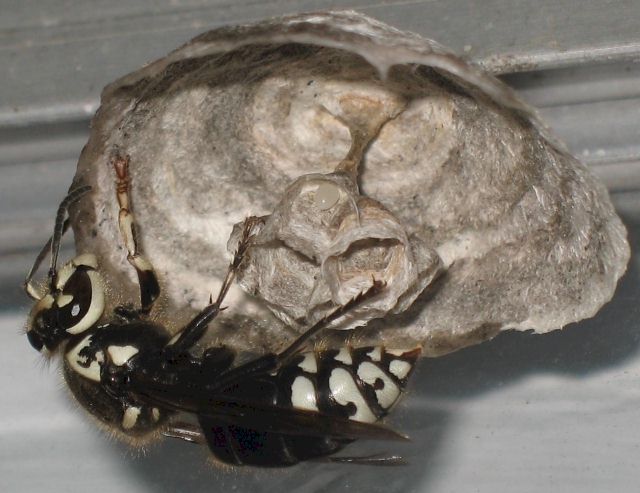 Here is one building a hive and here is one of the scary fucking hives they build.  These guys will attack you just for being a few feet away from them and they HURT SO BADLY!
Whew.  So here are a few pictures of bees to cheer you up:

Bumble bees are my favorite.  They’re fat and awesome.
What/Who is killing the bees?

(look at how cute this damn bee is)
Bees aren’t going extinct because of those people destroying beehives in their backyard, even though they are causing extensive damage to the small amount of bees we have left.  Bees are going extinct because of numerous reasons.  First of all, they’re calling it Colony Collapse Disorder (or CCD) and because of how bees survive in the community of their colony, entire colonies are at risk.  Remember when I mentioned how bees sting to protect themselves?  It’s mostly to protect their colony.  Bees normally don’t stray too far from their colonies and once they sting someone, they die shortly after.  It’s the ultimate sacrifice.  (For SPARTA!!!!!)
1) Cell Phones and Cell Phone Towers

When I was a little girl, my grandpa was a beekeeper.  I used to love going to his hive and he shared his love for animals of all types with me.  He would welcome bees to land on him and even pet them.  Once CCD became a major problem, my grandpa couldn’t keep bees anymore.  His entire hive died twice in one year.  Usually, he could keep a hive for multiple years.  When I asked him why we couldn’t see the bees anymore, he told me about the cell phone towers.  Apparently there’s a direct link between the rise in cell phone usage and CCD.  The cell phone towers interfere with earth’s magnetism, which is what bees rely on to communicate with the hive.
2) Pesticides

Why anyone thinks something that is harmful to breathe in is okay to eat is beyond me.  A combination of pesticides has clearly proven to be harmful to bees, birds, and obviously humans.  These pesticides are not exactly bad for the mites that kill bees though.
3) Varroa Mites

These disgusting horrible things have been evolving to live amongst the pesticides and as the pesticides get stronger, so do the mites.  The mites get into the hive and can kill off all the bees with ease.  Before pesticides, the stronger bees would be able to live amongst these parasitic mites because the mites weren’t so bad.  One of the main factors of Colony Collapse Disorder are the mites destroying the colonies.  Some beekeepers are trying to do organic beekeeping (mostly in France), but their efforts prove fruitless to the evil Varroa Mite.

This picture would be so beautiful if there wasn’t a dumb mite sucking the life out of this bee.
If Bees Become Extinct
If bees really do go extinct, in very simple terms, we are fucked.  Say goodbye to apples, oranges, pears, plums, strawberries, and any fruit or flower you thought was pretty.  Without bees, the trees or plants won’t produce any fruit.  The fruit not only feeds us and other animals, but hold the seed/pit for new trees and new plants.
No more orchards:

No more this, although this girl does not seem pleased:

Oh remember real honey? Probably not, because I’m sure you’ve been eating this stuff: Real honey is sterile and was used in the past on wounds. It helps soothe sore throats and sweetens your tea. Honey is also the only food item that does not spoil.  You can have a massive jar to keep in your house for years.  Without bees, you can bet your only options will be the fake stuff, which does nothing but sweeten your tea.

Remember wax?  Guess where that comes from?  BEES!!!
No more candles AKA no light during power outages and nothing to buy your high school teacher for Christmas.  Also, happy birthday!  Make a wish? …Oh sorry, no, I guess you can just eat your cake.

No more crayons.  You’ll have to deal with markers drying out and I guess you can go without your tumblr crafts. Also, for those who love designer brands, no more Burt’s Bees.

Where will you get your high quality lip balm from?
If you did not know about this or this shocked you, please share with your friends or bring it up in conversation in some way.  This is a massive problem and it’s crazy that more isn’t being done to solve it.  Without bees, our world will suffer greatly, everyone will go hungry – not just people who live in impoverished countries.  By simply telling a friend you can help.
Want to help even more?  Follow this link for more ways to help out.